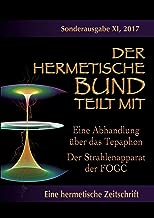 This lodge had nothing to do with regular Freemasonry. They didn't have any actual degrees, ranks and levels of realisation. The advancement to apprentice, journeyman and master was only of symbolic character. All secrets were given during the initiation. The other "grades" were not ranks, but only temple-stones which were provided with a number and name. Their intention was demonological oriented i.e. they tried, in alliance with allegedly existing negative spiritual forces to obtain personal advantages, influence, power and money for their members. For this reason they placed themselves under mars-daimon "Barzabel", the old bull-god Astaroth, Belial and Asmodi as lodge-daimon who took place number 100 in the lodge.
Zum Vergrößern anklicken....

No matter what era...

No matter what era...